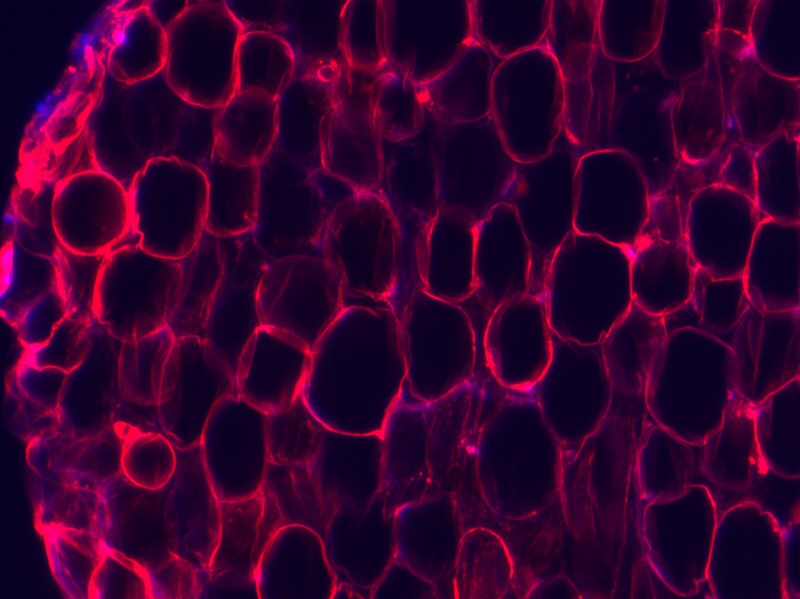 Current available tissue-engineered skin models often only incorporate the epidermal and dermal layers, and lack of the subcutaneous fat component contributing to the mechanical, endocrine and thermoregulatory properties of the normal human skin.

In the past years, few attempts have been made to reconstruct in vitro the hypodermis which are usually time consuming and confined to the production of constructs having mostly flat and pre-determined geometry.

LabSkin Creations has developed an innovative new model, based on a bioprinting approach, enabling the generation, in only 20 days, of a functional 3D hypodermis model using adipocyte stem cells as cellular source.

Hight amounts of type I and V collagens are expressed similarly to the native adipose subcutaneous tissue. Expression of fibrillar collagens is indicative of the formation of a structural network supporting the differentiated adipocytes.

ADIPOPrint expresses adipocyte-related markers such as perilipin and FAPB4, confirming the differentiation and organisation of adipocyte-derived stem cells into mature adipocytes within the printed tissue.

A functional and responsive model

Adipogenic modulators promote the maturation of adipocyte by increasing lipid content and adipocyte size, showing the functionality of the 3D ADIPOPrint.

and to identify dermo-cosmetic active compound.

LabSkin Creations has developed the first worldwide bioprinting method enabling the generation, in only 20 days, of a functional 3D hypodermis model using ASCs as cellular source and leading to molecular and organisational characteristics identical to normal human hypodermis.