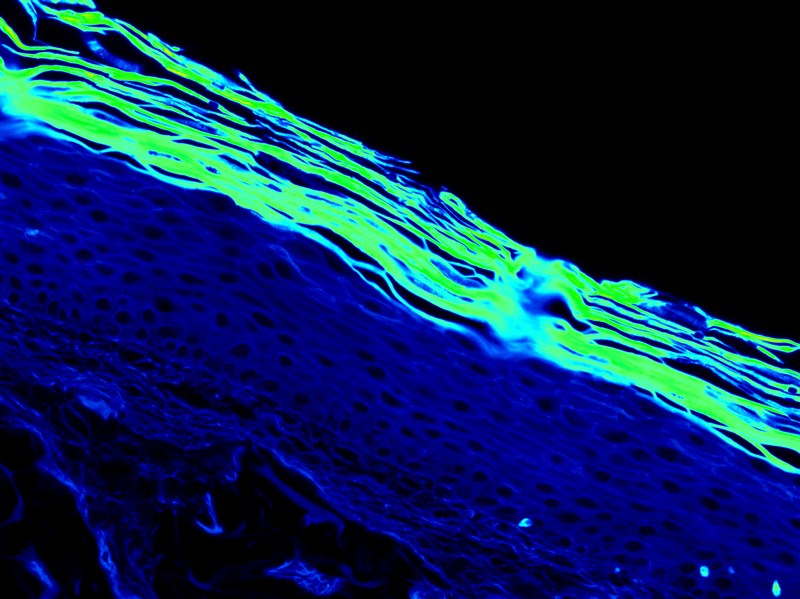 Skin Aging is a complex phenomenon in which several mechanisms operate simultaneously. Among them, intrinsic aging is a time-dependent process, which leads to gradual skin changes affecting its structure and function.

Despite much progress these last two decades in the field of skin tissue engineering, designing models of skin chronological aging remains a difficult challenge.

By using LabSkin proprietary technologies, our Skin Designers tackled this challenge by creating a unique approach for the generation of the first worldwide 3D Chrono Aging skin model.

By using prolonged culture as a proxy for cellular aging, we extended to 120 days the culture time of a skin equivalent model based on our unique LabSkin matriX® scaffolding biomaterials.

Although the proliferative potential has importantly and significantly decreased, cells expressing Ki67 are still present in the basal layer, showing the maintenance of the viability of this model even after 120 days of culture.

Similar to the situation observed in vivo, the level of p16INK4A increases in the basal and the lower suprabasal layers, supporting cellular senescence process associated to our 3D CHRONO AGING skin model.

Epidermal atrophy seems to affect mostly the spinous cell layers whereas neither stratum corneum nor stratum granulosum seems to be affected. Most pronounced changes occur within the basal cells, which display an increased heterogeneity in size with an overall increased volume similar to in vivo aging process. 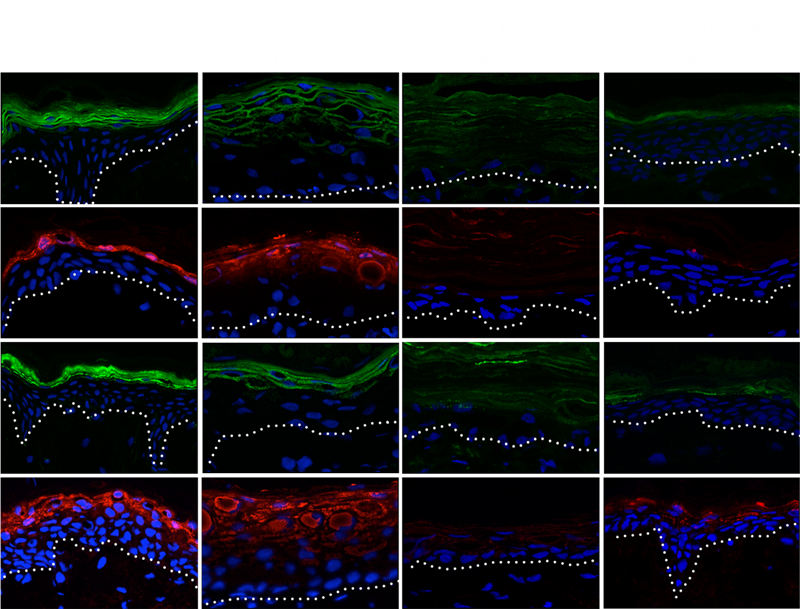 Ultrastructural analysis of epidermal basement membrane showed typical features of aged skin such as duplication of lamina densa and alterations of hemidesmosomes. 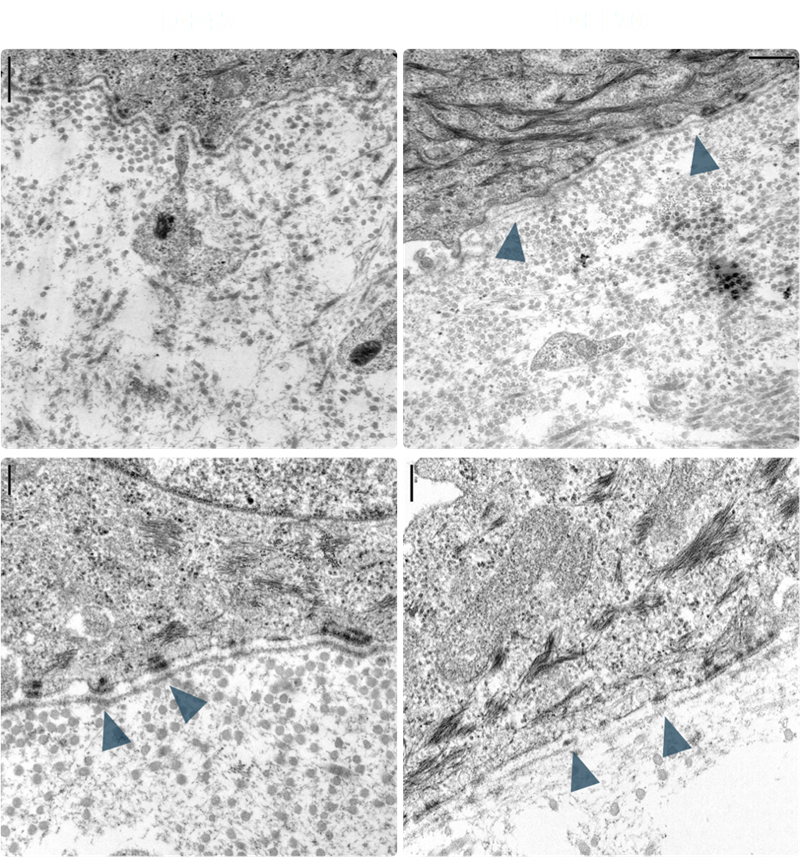 3D CHRONO AGING Skin mimics several important features of the in vivo aging processes,
taking place in the aged epidermis and dermis. This is a reliable model to identify new molecules that could be targeted in order

to improve the external appearance of the aging skin for dermocosmetic purposes.