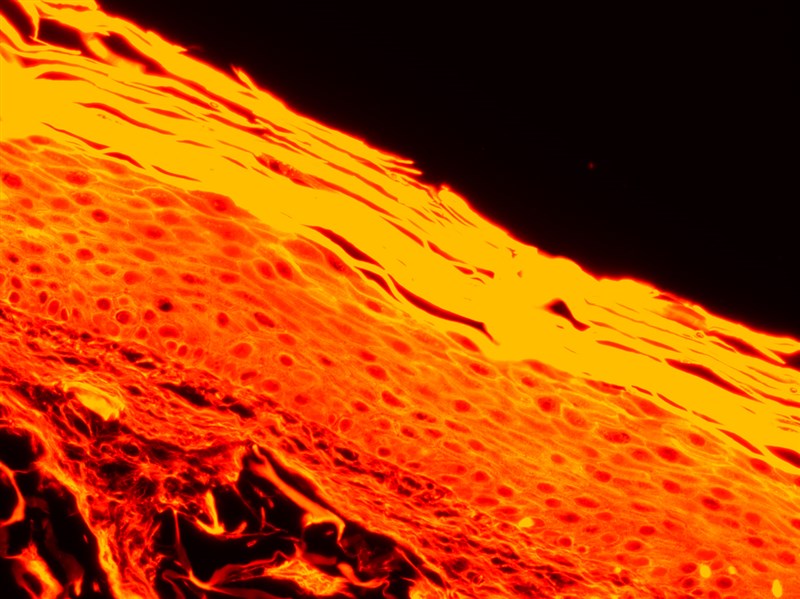 Atopic dermatitis (AD) is the most common inflammatory disease of the skin, affecting up to 3% of adults and 25% of children.

In the past few years, most in vitro AD models have mainly focused on the keratinocytes and didn’t integrate the complex interplay between the dermis and the epidermis in this pathology.


This new model can integrate either adult or infant skin-derived cells to be as close as possible to your pathological context.

LabSkin developed a proprietary cell culture medium supplemented with a cocktail of inflammatory cytokines overexpressed in the pathology and inducing in vitro the development of atopic dermatitis-like skin phenotype.

The induction of the atopic phenotype leads to a significant modification of the histology with morphological abnormalities as observed in AD pathology. 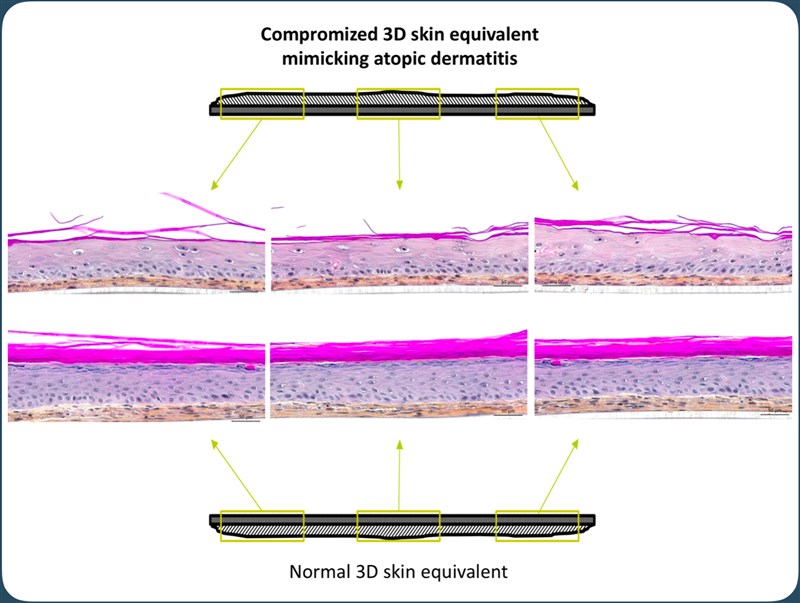 The living layers of the epidermis are looser and thicker with an apparent loss of cohesion and inter-cellular oedema of keratinocytes called spongiosis.

The granular layers show a typical lack of keratohyalin granules compared to the non-atopic control condition, indicating an altered differentiation of keratinocytes, as observed in vivo.

As observed in vivo, LabSkin SENSISkin exhibits an alteration of the epidermal barrier morphology with a clear reduced expression of terminal differentiation markers. 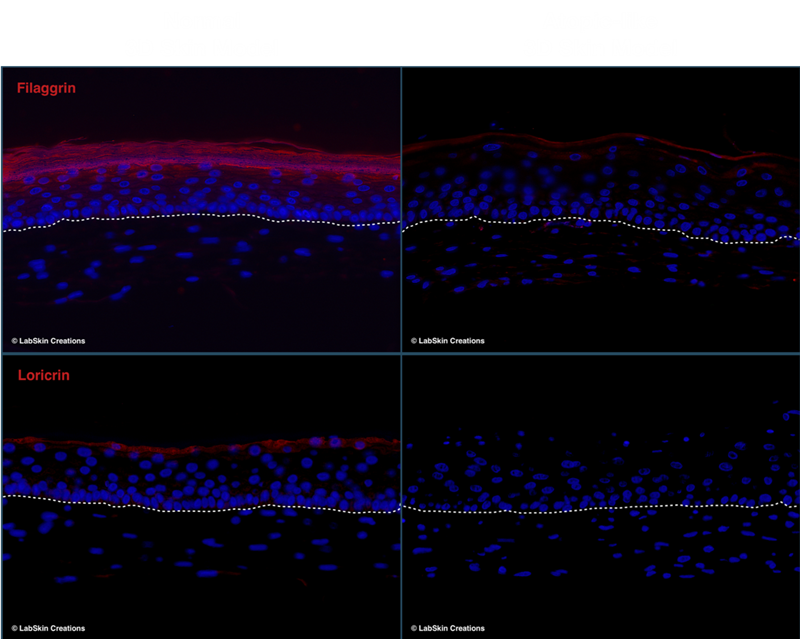 Compared to a normal 3D Skin model, our atopic-like 3D skin model exhibits a reduced expression of Filaggrin and Loricrin with a pattern similar to that observed in patients with AD.

AD skin is primarily characterized by the overexpression of proinflammatory molecules such as interleukin and thymic stromal lymphopoietin (TSLP) classically secreted by immune or epithelial cells after antigen sensitization.


Compared to normal skin equivalent, the use of our inflammatory cocktail induces the secretion of inflammatory cytokines such as TSLP and IL-8, as clinically observed in patients with AD.


LabSkin SENSISkin model that recapitulates the essential features of atopic dermatitis provides a powerful tool for deeper understanding of the underlying pathological mechanisms on epidermal level, identification and testing of novel treatment options, and safety and toxicological evaluation in a pathophysiologically relevant system.